A HOMAGE TO GIOVANNI MILANDRI

An exploit of the walker Giovanni “Vanni” Milandri
This morning, the 71-year-old Cesena’s citizen and member of the Cai arrived in Rome along the Via Romea Germanica. He started from Padua.
With over 50 stages of walking, Giovanni “Vanni” Milandri, a Cesena’s citizen walker, enrolled in Cai, 71, has made another of his long pilgrimages and proudly shows the “Testimonium” released at the Basilica of San Pietro (photo below). A few days later, the arrival in Rome of another Cesena’s citizen, the mother-policewoman Arianna Amadori, left straight from Cesena along the San Vicinio Way and the Via Romea Germanica. Vanni, with a past as a runner, is not new to long walks, but with the Via Romea Germanica he had an outstanding account. The bill is now paid. Last year he had left Garmish, with the intention of getting to Rome, but he had to stop in Padua. This year he resumed the interrupted thread, with a sort of “antoniano” continuum, on an ideal path of St. Anthony of Padua. Vanni knows very well the paths and paths of Alto Savio, on which he often accompanied hikers and pilgrims, but it was the first time in which it was possible to test the entire Italian route up to Rome. And from Padua down it has helped to better highlight the route by applying hundreds of indicator labels for the Via Romea Germanica. On the other hand also with the friends of the Cai collaborates in the maintenance and in the signage of the paths of the Way of San Vicinio and of Alto Savio. “I like walking – Vanni says -. I have always practiced sport. From Padua – he specifics – I have met so much generosity, with people coming towards you when they see that you may have some problem, and helping you to find water or even inviting you home to eat “. 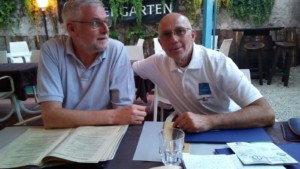 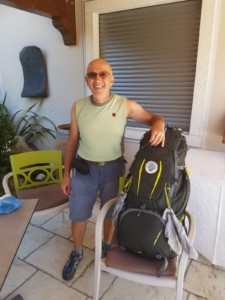 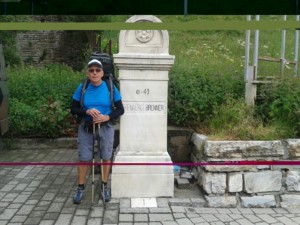