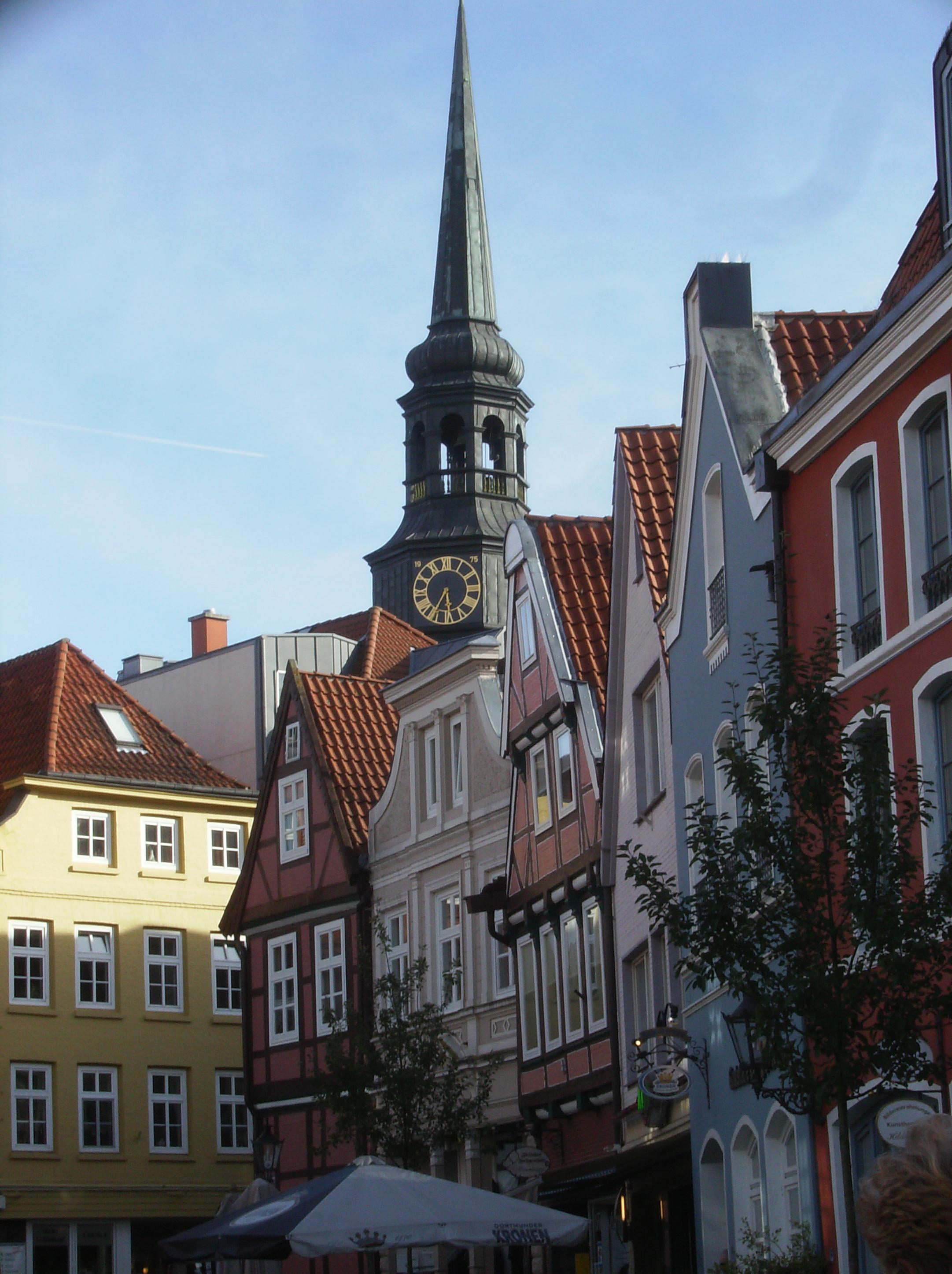 Saturday 18° / 10 ° CSunday 19° / 11 ° CMonday 19° / 11 ° C
Stade is one of the oldest cities of Northern Germany. It is mentioned for the first time in the Chronicles when in 994 it was raided by the Vikings. The old port, a witness to its brisk commercial activity, was built around the year 1000. Between 1400 and 1600 Stade was part of the “Hanse”, the powerful confederation of Northern European cities which had united to favour commerce, and still today the official name of the city is “Hansestadt Stade”, which means “Hanse city of Stade”, expressing her pride for its splendid past. In 1639 a fire destroyed two thirds of the city. In fact only a few of the many half-timbered houses visible today in the historical centre of Stade, date back to before the fire. The city was however rebuilt as it was. During that period,  Stade was disputed between Germany, Sweden and Denmark. Sweden had the upper hand and ruled the city for 50 years.
In A.D. 1236 Abbot Albert, as he wrote in his Annales, left Stade and journeyed to Rome. Following in his footsteps and his descriptions we too begin our walk. We leave from the Convent of St John, and proceed towards the Church of St Cosma, which we then pass on its right and arrive on the Hokerstrasse which we follow to the left up to the Sattelmacherstrasse, on the right up to Pferdemarkt, on the left; we cross the square, turning to the right and take Inselstrasse, we then cross Vallestrasse, and take Grunderlstrasse which will take us on the Neubourgstrasse. We turn right and follow one of the many canals of the city, the Burggraben, walking along the avenue inside the park, we cross the canal and follow another canal, the Schwinge, up to the railway, which we underpass and take Topferstrasse. Arriving on Horstrasse, we turn right and immediately to the left to take Feldstrasse, which we leave to take the second lane to the right just before the Casmannstrasse: we are now in a green area, on the shore of the Horstsee Lake, at the end of the lake we turn left, following a small canal we shall arrive at Dankersstrasse, after having passed three crossroads.  Here we turn right and arrive at Thunerstrasse; we shall carry on straight ahead, crossing the highway, and at the third crossing we turn left into Am Muhlenkamp, then right into Am Muhlenteich; we cross yet another canal and take the Gross Thun which at last will take us out of the city. We have now walked for a little more than 3 Km and we will find ourselves in the middle of a plain, crossed by numberless streams, with extensive cultivated fields. We shall continue to walk  along field lanes for a further 3 km, on the left of  the Schwinge River; we cross the Gross Thun and arrive in the neighbourhood of Hagen, which we shall leave on our left. We carry on straight ahead skirting a second pond and take the Fredendecker-weg;  skirting a small village, we pass three crossroads, and we find ourselves in the middle of an area full of lakes and ponds separated by tracts of woodland; 300 m beyond, after the third crossroad we turn gently to the left, passing a group of houses, Hagel, and find ourselves on the Rehn-Gampe , the road, which , over the railway should take us to Deinste, but we shall take sharp to the right, the Loher-Weg, then Torfweg, leaving the village to our left. Now we proceed straight on for just over 2 km, to enter a beautiful wood, after 150 m we turn left and then right; we carry on straight ahead for 1 km, passing a first crossroad, at the second crossing we turn right on the Herbert Henry Dow weg, then left on the Harsefelder Strasse and, after 250 m to the right on the Walkmunle, leaving  Ohrensen on the left. 600 m of straight road across fields, woodland and meadows, we turn left. 250 m, returning on cultivated fields; 900 m onward and we shall enter Harsefeld, half way along our first stage.