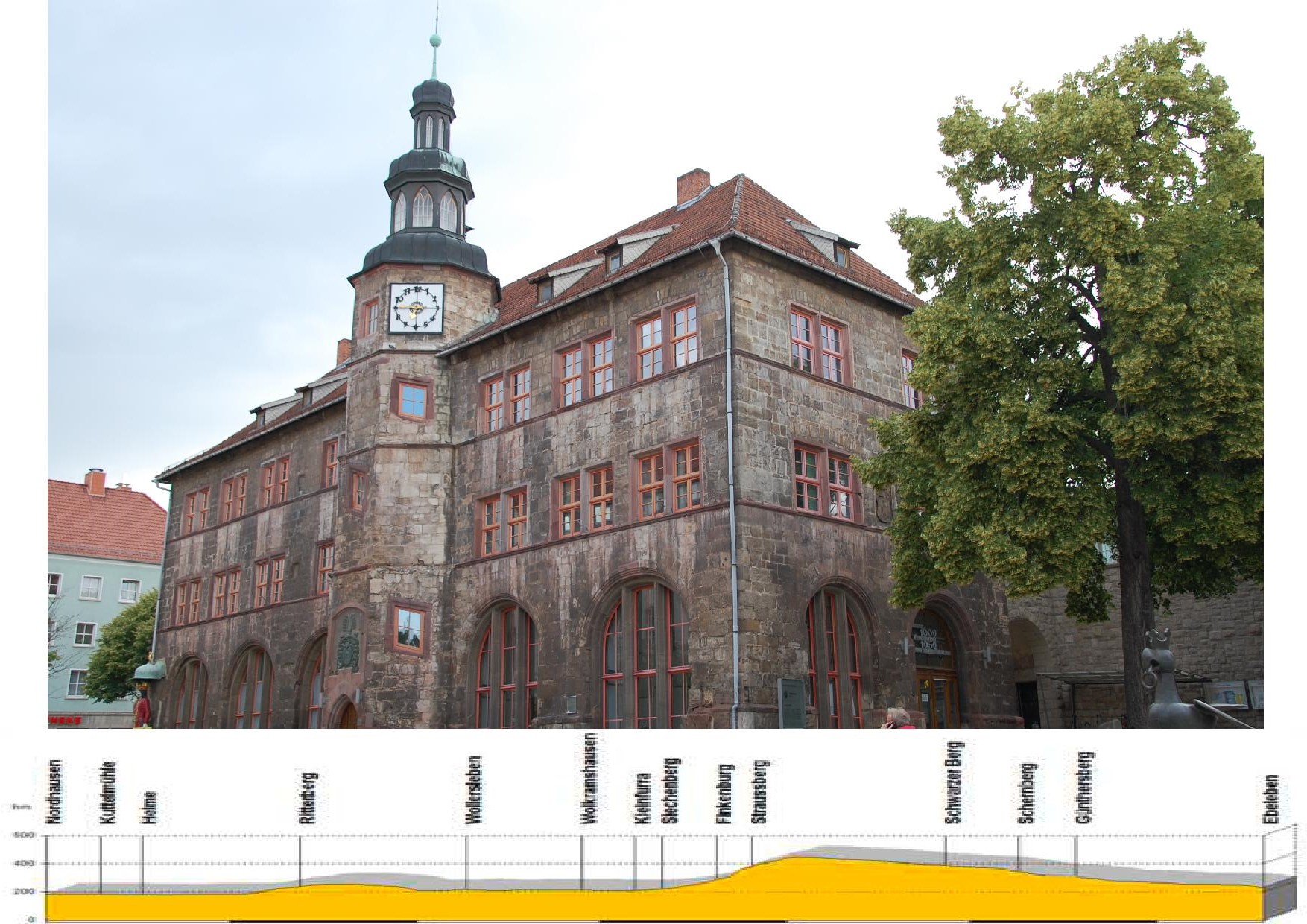 Wednesday 27° / 15 ° CThursday 26° / 16 ° CFriday 28° / 20 ° C
Nordhausen – Saxony Anhalt. The city is watered by the Zorge, south of the Harz chain and on the border of the Lander, on the western part of a territory called Goldene Aue. Nordhausen is mentioned for the first time in the year 937. In April 1945 the greater part of the city was destroyed in the war.
THINGS TO SEE: The Flohburg / Nordhausen-Museum a Barfüßerstraße is the municipal museum showing the history of the city; The Mittelbau Dora memorial to the North West of the city, has an exhibition of the Nazi concentration Camp The Cathedral of the Holy Cross Nordhausen, a catholic parish church; St. Blaise Church is the principal evangelic church in Nordhausen. It was built in the second half of the 15th Century in the Gothic Style. The Petri Tower is the bell tower of this church, in the city centre. It was built in 1362, damaged in the last war.
Wolkramshausen is a municipality of Turingia with 1.049 inhabitants. It belongs to the rural neighbourhood of (Landkreis), Nordhausen.
Kleinfurra is a municipality of 1.189 inhabitants. It also belongs to the rural neighbourhood of (Landkreis), Nordhausen.
We resume our walk beginning from the Town Hall and turn left on the Judenstrasse, which we leave to the left on the Rautenstrasse; at the first crossing we turn right on the Neustadtstrasse, 70 m and we turn left on the Auf dem Sand with which we cross the River Zorge and carry on the Freiherr vom Steim Strasse for 400 m then we turn left on the Oscar Gohn Strasse; we turn right on the Bruno Kunze Strasse and cross the railway. We then continue on the Zeppelinweg, at the roundabout we take to the right on the Darweg then left on the An Der Bruckenmuhle that takes us out of the town and in 1,4 km we cross the 38.
Now we continue straight on, ignoring all numerous crossroads, for about 5 km when we must turn: we turn right; 500 m and then turn left and go on for 1,5 km; again we turn left and cross the village of Ruxleben, then we turn right on the Sandweg, leaving Kleinfurra on the left. We go on across the fields and meadows, on a moderate uphill slope for about 1,5 km, when we come across a wooded area; we leave Wenrode and cross the locality of Straussberg, the highest point in this stage (430 m a.s.l.). Past Strausberg, we turn right at the first fork, we cross some woodland to return to open countryside, on a moderately downhill direction and continue in a southward direction for over 7 km up to Schernberg. Here we enter the village along the Nordhauserstrasse, then the Sondershauserstrasse; we carry on left on the Marktstrasse, at the end of which we turn right on the Untertor, then, sharp to the left and on the Gunderslebenerstrasse, with which we return to the open country and proceed straight for over 2 km; we cross the railway and turn right along a stream; again we cross the railway and turn left after 700 m; Ebeleben will be before us, at 1,4 km.