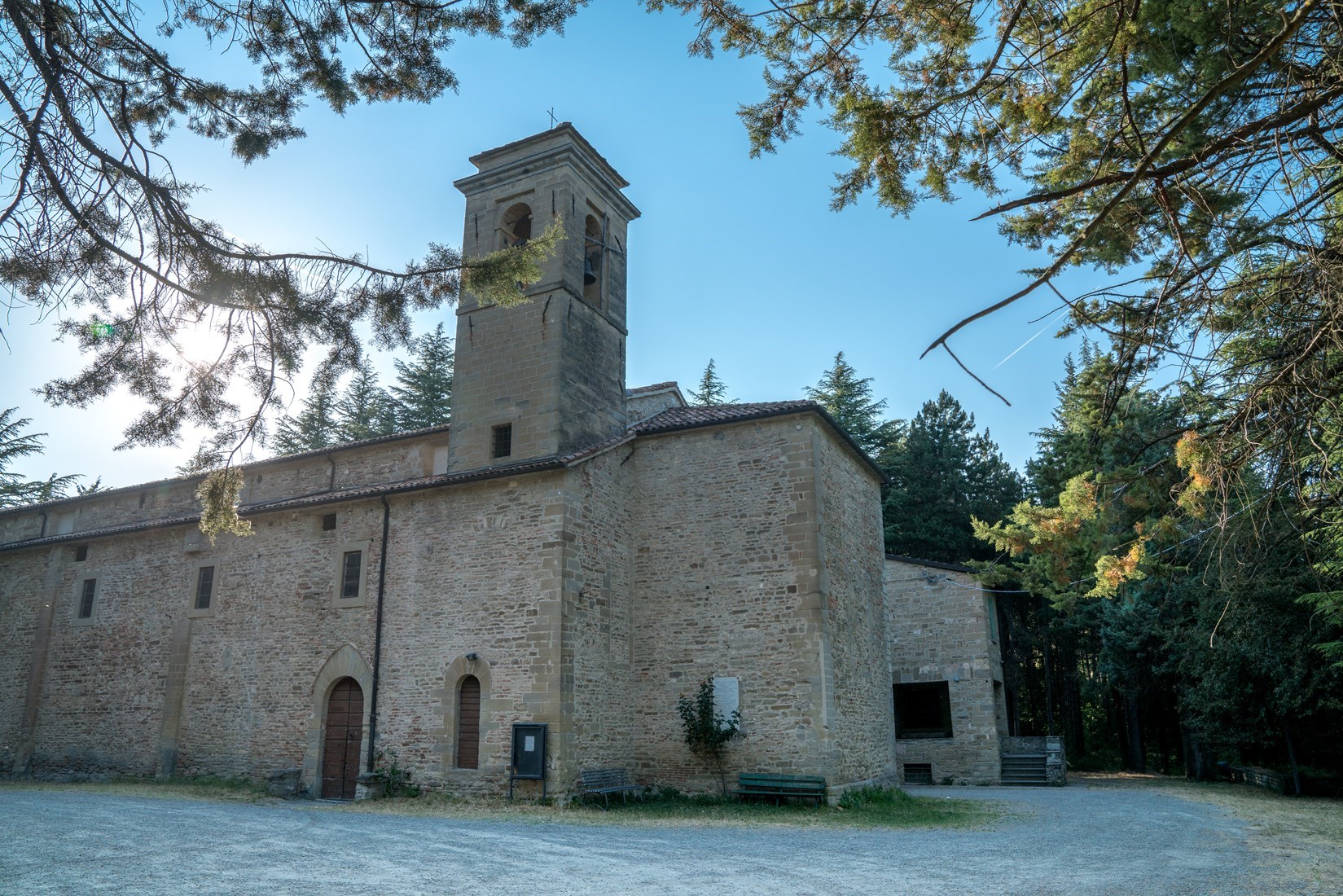 Evening trek to the Abbey of Sant’Ellero, starting at 7pm on Sunday 20 October 2019 from the Palazzo Pretorio di Galeata, located in the historic center, along the ancient medieval Cellette path. Upon arrival, a concert of harps in the Abbey, at 8.30 pm.
On Saturday and Sunday afternoon it is possible to visit the Abbey from 3.30 pm to 6.00 pm (Free admission).
For those who participate in the walk along the path of the cells, suitable clothes and shoes and a pile are recommended.

The harp concert, scheduled for the evening of Sunday 20 October, at 8.30 pm is free, reservations are not required.

The abbey of S. Ellero was presumably founded at the end of the 5th century by Ellero who, as Vita Hilari recounts, retired to ascetic life in the upper Bidente valley.
Because of the vicissitudes of the times and the periodic seismic shocks characteristic of the area, the building that appears to us today is the overlap
of various construction phases and numerous restorations. The Romanesque façade (11th-12th century), in sandstone blocks, is dominated by the portal with twin columns adorned with capitals with figures of monks and persuasive sirens with bipartite tails, and in the upper part with a large rose window. The sides of the building are marked by a series of pilasters always in sandstone blocks that ennoble the rest of the masonry. The interior has a single nave (with side chapels) which ends with an elevated presbytery and a straight apse.
The most fascinating part of the church is certainly the crypt, the place where the relics of St. Ellero are preserved and venerated, which boasts a particular charm on feast days where, by tradition, a long line of pilgrims descends into narrow “corridor” to carry out an ancient rite of devotion, linked to the symbolism of the stone. The relics of the saint are preserved inside a sarcophagus (end VIII beginning IX AD) adorned with crosses inside niches.
It is also possible to reach the abbey by walking along the picturesque medieval path of cells, recently recovered.