MARRADI => MEETING WITH THE MAYOR

On Wednesday, July 5th, as Via Romea Germanica, we went to Marradi (Florence), the last municipality (in order of time) associated with VRG. With Mayor Tommaso Triberti and his delegate, Ms. Rita, the bases have been put forward to carry on a deeper journey to that Municipality. The VIA DEI GUIDI takes its name from the powerful family that ruled for several centuries the lands of Tuscany, Romagna and Emilia, until 1440 when they were supplanted by the Florentines. It is said that the founder was Teudelgrimo I °, the knight of the German emperor Ottone I °, who arrived in Italy in 951. This path, linked to History, will be part of the “family” of Via Romea Germanica. This passes Casal Borsetti, Bagnacavallo, Faenza, Brisighella, Marradi, Portico-San Benedetto, Castagno d’Andrea, Stia, Hermitage of Camaldoli, Badia Prataglia, La Verna Monastery. A path of more than 200 km long, 12 stages, which starts from the sea, follows the rivers, the Apennines hills and mountains, crosses the National Park of Foreste Casentinesi. It touches important historical, architectural, religious, and environmentally friendly places …. A challenging project between Emilia-Romagna and Tuscany that will enrich the potential of the new European Association of Via Romea Germanica 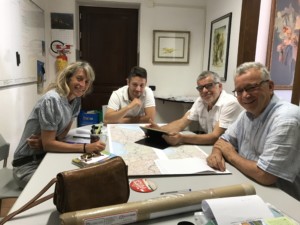